The skin is the largest organ of the body. It weighs between 6 to 9 pounds and has a surface area of approximately 20 square feet! Our skin forms a protective barrier between our bodies and the outside world, including from heat, cold, wet, dry and pathogenic organisms. From a naturopathic perspective, when the skin is showing signs of disease, it is often evidence of a problem deeper within the body that is showing itself on the surface.

Acne is a condition which generally begins in adolescence, and resolves by young adulthood. Teens often suffer with acne at a time in life when a lot of changes are occurring and as a result it can be a stressful condition to deal with. Acne is much more than a low grade bacterial infection. Acne is influenced by hormones and involves excessive sebum (fat) production and blocked pores, leading to bacterial replication.

Conventional acne treatments include Clindamycin (antibiotic), benzyl peroxide and Accutane. These treatments have their pros and cons but ultimately are not ideal for every individual. Clindamycin is an antibiotic which can disrupt the body’s natural bacteria balance and pathogenic bacteria also tend to develop resistance to antibiotics. Benzyl peroxide can cause drying and reddening of the skin and Accutane is potentially very toxic. Accutane and has been correlated to increased rates of attempted suicide1 and causes birth defects if taken during pregnancy2.

Naturopathic medicine takes a holistic approach and as such a typical treatment plan would factor in diet changes, lifestyle modification, nutritional supplementation and/or topical treatment. Research supports naturopathic treatments such as avoiding specific foods3 and topical niacinamide (Vitamin B3) gel4. 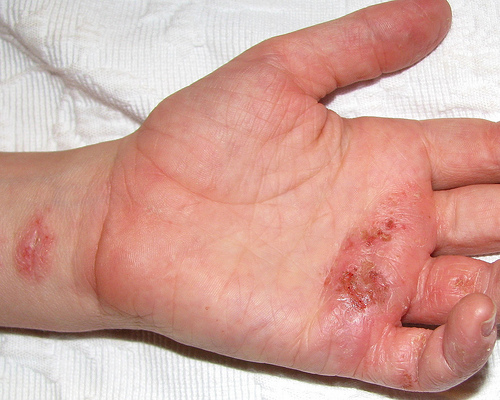 Atopic dermatitis (eczema) is largely a disease of childhood5, with 85% of eczema cases occurring before age 1 and 95% of cases occur before age 5. Although 50% of cases resolve during childhood, 50% of people with eczema will experience symptoms and flare-ups into adulthood. At any given time 1 out of 100 adults have active eczema.

The cause of eczema is classically labeled as “unknown”, however it is well understood that there is a significant allergic component. Patients with eczema are more likely to have asthma6 and seasonal allergies7. Research has also shown that dietary changes and “allergen avoidance”8 can have a significant impact on eczema.

The primary symptom of eczema is significant itching. Many sufferers will also experience reddening of the skin, crusting, cracking, weeping and scaling.

Conventional treatments include topical corticosteroids, calcineurin inhibitors, anti-histamines and oral corticosteroids. While these treatments have their place in symptom management they do not treat the cause of the condition, which may include specific food intolerances, symbiotic bacteria disruption and immune hypersensitivity. Naturopathic treatments work to restore balance in the body rather than suppressing the symptoms of disease. 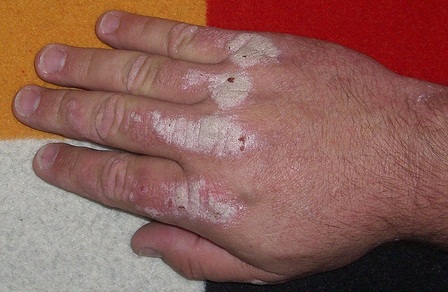 Psoriasis is quite a common condition, affecting 1-3% of the population and is most common among people 15-35 years of age. There is a genetic component to psoriasis, as one-third of sufferers have a family member who also has psoriasis.

The most commonly affected areas include the skin of the knees, elbows, scalp and lower back.
Like eczema, psoriasis tends to remit and have periodic flare-ups over time and can be triggered by a variety of factors. Some common triggering factors for Psoriasis include eating specific aggravating foods, stress, alcohol, skin injury, infections and some medications.

The skin is heavily influenced by the body’s internal milieu and is often a warning sign when something is wrong internally. For this reason it is vitally important to eat a clean diet and keep the food/body interface (the gut) healthy.

Dr. Colin MacLeod ND
Naturopathic Doctor at MacLeod Naturopathic
Dr. Colin is a naturopathic doctor practicing in Upper Tantallon in the Halifax Area. He was born and raised in rural Cape Breton and returned to Nova Scotia to practice after finishing his naturopathic education in Toronto. His practice focuses on pain management and maintaining health through physical activity and diet. He utilizes platelet-rich plasma, neural prolotherapy and acupuncture to keep his patients pain-free so that they can stay physically active, social and healthy.